A brief history of rum 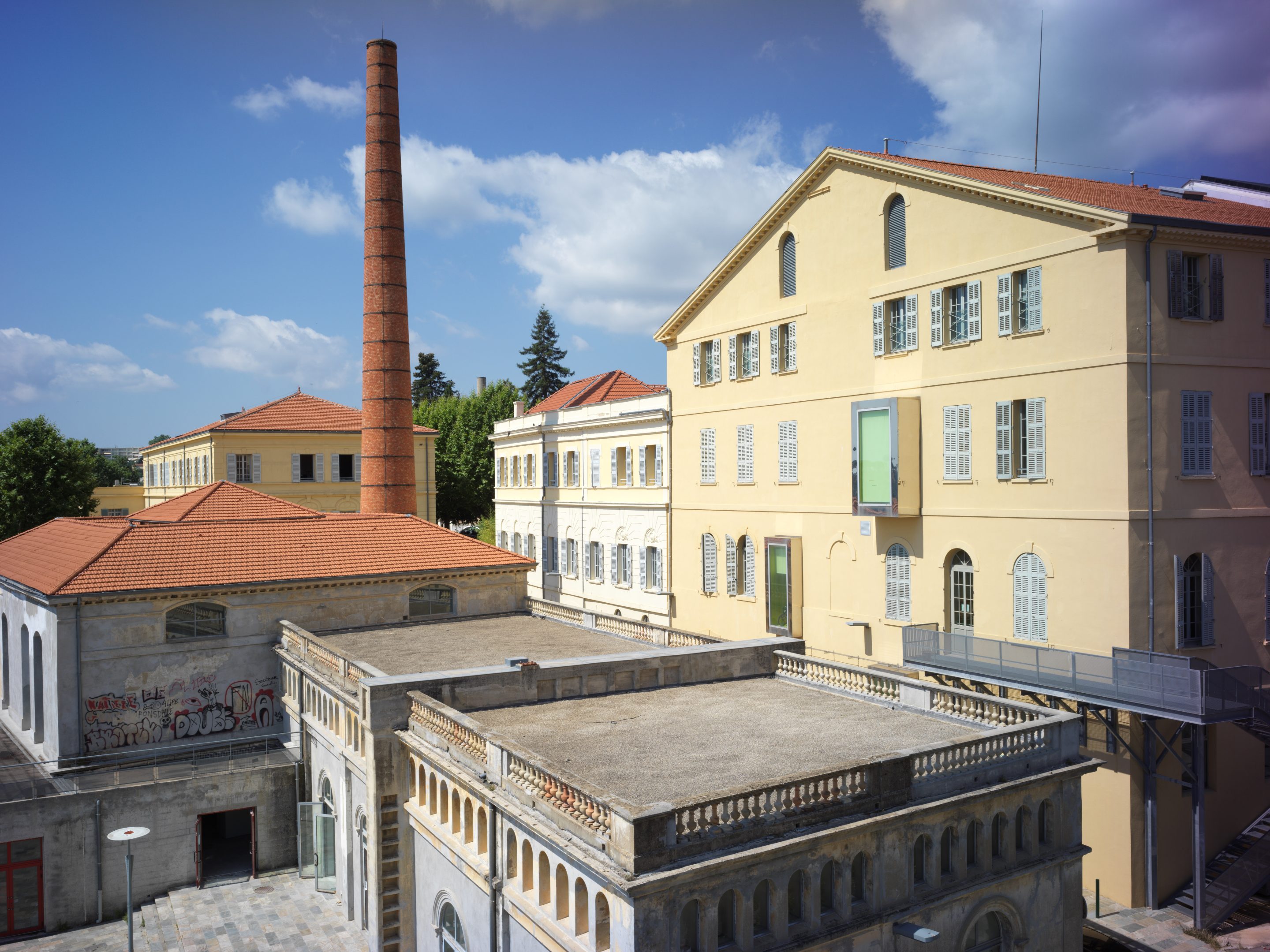 Rum is one of the biggest spirit categories in the world, and it has a long, controversial and interesting history spanning hundreds of years. Many European nations have a tradition of drinking rum, most of which can be traced to the Caribbean, but the rum story starts in a completely different part of the globe.

Rum history can be traced back to before the first fermentations of sugar by-products by the slaves working the Caribbean sugar plantations in the 17th Century. We’re talking about the Malay people who are understood to have been making a fermented sugarcane spirit, called Brum – nothing to do with Birmingham – for thousands of years.

Sugarcane and its travels

Rum is fermented from sugarcane and the story of sugarcane and rum are interlinked throughout history. Sugarcane cultivation began in what’s now known as New Guinea around six thousand years ago and from there spread around Southeast Asia and India.

After the Persian invasion of India in 510 BC sugarcane was taken back to what is now known as Iran where for the next thousand years it was cultivated for sugar crystals and exported to other countries. When Persia itself was invaded by the Arabs the closely guarded secret of sugarcane was learned, leading to its large-scale production elsewhere.

While the Arabs continued to expand their empire sugarcane cultivation spread with it. With the advent of the Crusades, sugar travelled to Europe and even as far as the British Isles. By the 13th century, the knowledge of sugarcane cultivation had spread across Europe and over time sugarcane plantations were set up in the Portuguese islands of Madeira and the Azores and the Spanish Canary Islands.

…and the ‘New World’

One of the most important moments in the history of rum came when Christopher Columbus sailed to the ‘New World’ via the Canaries and was given cuttings of sugarcane to take with him. As the Spanish proceeded to colonise the Caribbean,  sugarcane spread to Cuba, Puerto Rico, and Jamaica.

However, it was the Portuguese colonization of Brazil that intensified cultivation of sugarcane and production of sugar, which eventually led to the creation of cachaça, from sugarcane juice. By the middle of the 16th century there were several thousand sugar mills in the ‘New World’, with the majority in Brazil. During the 1600’s the Dutch and then the British and French took sugarcane to the other islands of the Caribbean, increasing the production of sugar and it was at this point that the Caribbean became the largest producer of sugar in the world.

Slavery and the origins of rum

As the demand for sugar increased, there was a greater need for labour and this need was met by the vile slave trade from Africa. There is evidence that the slaves themselves discovered that the molasses by-product from the sugar refining process could be fermented and turned into an alcoholic beverage. But it wasn’t until the mid 1600’s that rum as we would recognise it today was first produced. With the introduction of distillation techniques the first true rums were created in Barbados and its popularity spread through the Caribbean and North America.

Rum distilleries sprang up in the Caribbean and North America, with shipments of molasses heading to the distilleries of Staten Island, Boston, Rhode Island and New England. The rum was then shipped throughout the American colonies, Caribbean and to Africa where it was used as a commodity in the purchase of new African slaves, bound for the sugar plantations of the Caribbean. This trade of slaves, molasses and rum became known as the “Triangular Trade” – a shocking part of rum’s story.

Jamaica, rum and the Royal Navy

In the UK we associate rum often with the history of the Royal Navy. Rum was a way of keeping the spirits of the sailors up during long voyages at sea, as well as being a way of making brackish water safer, and more easy to drink.

It wasn’t until 1655 when the Royal Navy captured the island of Jamaica, that the daily ration of French brandy was changed to rum, and the long story of rum and the Royal Navy began.

In 1850 the daily ration, called a tot, had been reduced to a quarter pint a day and by 1881 the serving of grog to the officers had ended, with Warrant Officers losing their tot of Rum in 1918. By now the strength of the Rum had been reduced to 95.5 proof…  much to the displeasure of the sailors.

After 230 years of serving the traditional daily issue of rum, it was decided in 1970 that the Royal Navy would abolish the daily ration and the last official issue was served on Black Tot Day, at precisely 6 bells in the forenoon watch on Friday 31st July 1970. A very sad day indeed!

The growth of rum

The popularity and production of sugar and rum continued to grow from the 1600s to the 1800s with several million African slaves arriving in the ‘New World’ to satisfy the need for both sugar and rum. But from the late 1700s, France (1794) and then Britain (1807) banned slavery and the Royal Navy started to patrol the high seas to capture slave carrying ships. Shortly after the American Revolution, the Northern States of America ended their use of slave trade. However, despite this effectively ending the trans-Atlantic triangular trade, it didn’t halt the trade in slaves, as they were shipped to the Southern States which hadn’t as yet abolished the slave trade.

In the end rum’s links to slavery did change, with the complete abolition of the slave trade in the United States and as the ‘Wild West’ was openned up and farmers started growing barley, maize, rye and wheat easily. This allowed whiskey to replace rum as the main spirit in America and this is why North America is no longer linked in people’s minds with the production or consumption of rum.

Meanwhile in Europe, dependence on imported sugar also lessened due to the invention of sugar extraction techniques from sugar beet. This resulted in a reduction in the amount of molasses being produced which, in turn, led to many smaller plantations closing down. In turn this led to a number of rum distilleries going out of business.

Rum continued to be produced and consumed mainly locally. It was still considered crude and low in quality. It wasn’t until the middle of the 19th century when the Spanish born Don Facundo Barcardi Massó began to experiment with the methods of rum distillation, with the help of the French Cuban José León Boutellier. They began shipping a more refined and palatable form of Rum and in 1862 they set up their own distillery called Bacardi, Boutellier, y Compania. In 1874 Facundo and his sons bought out Boutellier’s stake and renamed their distillery Bacardi y Compania.

During the 20th century, the story of rum was closely linked with the emergence and popularity of cocktails, such as the Mai Tai, Pina Colada, Cuba Libra and Mojito. It wasn’t until the 1960s and 70s that the general popularity of cocktails subdued. Then in the 1980s cocktails made another resurgence, with rum being associated with fruity cocktails and images of tropical paradises.

Here in the UK this new found popularity was fairly short lived though, largely due to the overuse of paper umbrellas and other naff garnishes. This led to the 1990’s stereotyping of cocktails being drinks for women or when on holiday in tropical locations. During the 1990s the only recognisable brands of rum that could be found in bars in the UK were Barcardi Superior, Captain Morgan’s dark rum, Lamb’s Navy Rum and Malibu….  If you’re not sure what the 1990’s loked like, just ask Phil!

Over the past couple of decades rum has had another wave of popularity driven in part by cocktails like the Mojito. Rum has once again become recognised as a versatile drink due to its wide range of flavours, strengths and character. The number of eceptional rum brands and their availability is continuing to rise, including a growing trend in premium rums.

Have you heard people have been predicting ‘rum is the new gin’ for many years? It’s not quite happened yet.  However at the Imbibe Live 2021 trade show it was obvious that there’s been a shift in industry professionals’ interest towards rum.

Sure, we did our fair share of gin tastings with visitors but it was noticeable the number of people who were keen to discover our rum brands and learn more about how they are made.  If the industry is thirsty for knowledge of rum, then it’s inevitable this will filter down to consumers sooner or later.

You can find a number of different rum styles in our portfolio. The 100% British made Wealden Rum from Greensand Ridge is made using English molasses from the Tate & Lyle sugar factory.  Market Row is leading the new ‘botanical rum’ category where a blend of Caribbean aged rums are redistilled in Brixton with botanicals and spices sourced locally from the market such as rose petals, hibiscus, black tea and pimentos. Tidal Rum takes foraged pepper dulse seaweed from the Jersey Coastline which is then smoked and infused into their golden rum. To continue the nautical theme, the world of rum really is your oyster.

You can read more about modern rum trends here in another blog that Phil wrote earlier this year.

People are still as keen as ever to follow their passions to develop and...

This website uses cookies to improve your experience while you navigate through the website. Out of these, the cookies that are categorized as necessary are stored on your browser as they are essential for the working of basic functionalities of the website. We also use third-party cookies that help us analyze and understand how you use this website. These cookies will be stored in your browser only with your consent. You also have the option to opt-out of these cookies. But opting out of some of these cookies may affect your browsing experience.
Necessary Always Enabled
Necessary cookies are absolutely essential for the website to function properly. This category only includes cookies that ensures basic functionalities and security features of the website. These cookies do not store any personal information.
Non-necessary
Any cookies that may not be particularly necessary for the website to function and is used specifically to collect user personal data via analytics, ads, other embedded contents are termed as non-necessary cookies. It is mandatory to procure user consent prior to running these cookies on your website.
SAVE & ACCEPT